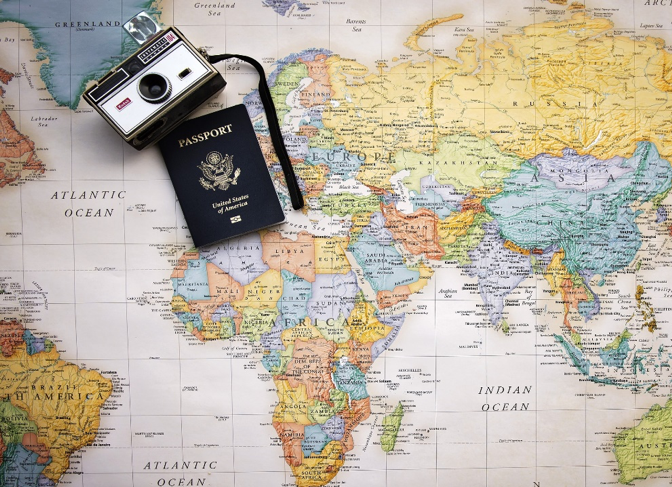 Today’s highly diverse, global marketplace brings many opportunities for companies to venture beyond their borders. The global economy has transformed the way we do business with companies that cater to customers from around the world, with different backgrounds. E–commerce is also creating an equal playing field for international competition. However, along with the benefits of research and expertise, global organizations also face potential stumbling blocks when it comes to culture and international business. That’s because we often take for granted the way we communicate with one another. Similarly we make assumptions and form decisions, based on our own cultural upbringing. And you know what they say, when you assume – you make an ass of you and me!

Important lesson: in multicultural settings, we need to be conscious of the environment we live and work in –  how we, as employees, communicate can set the tone and foundation for a learning culture, and the same applies when dealing with clients and colleagues overseas.

When working in an international environment, we need to make a real effort to understand the cultural backgrounds, beliefs and attitudes of the people around you. If you don’t, you’ll struggle to get things done. Some people are good at spotting cultural differences, and they adapt their behaviour accordingly. For those who are not quite there yet, and still learning, here are some tips to help you along.

Cool hand gestures may not always be cool

The peace sign (your index and middle finger held up with your palm facing toward you) can be misconstrued as giving someone the middle finger in many parts of the world like Australia, England, and South Africa.  Do a quick search and you’ll stop yourself from offending an important client, or your boss. After all, that’s what smartphones are for!

Did you know that back in 2007, former Malaysian Prime Minister Abdullah Badawi came under fire for placing his hand on Malaysian actress Michelle Yeoh’s shoulder at a gala dinner? In a predominantly Muslim country, Mr. Badawi was accused of not upholding religious and moral standards in Malaysia.

Be mindful of the society you are in and their cultural norms and expectations, especially when using haptics to converse or show affection, even if, there is no ill-intent. The next time you’re at a business dinner, stick to shaking your guest’s hand instead of going in for a hug. Be casual, yet professional.

Respect the chain of command

Not all pyramids exist in Egypt. Countries in Asia are known for their high levels of collectivism and respect for hierarchy. Power distance is defined as the extent to which cultures believe that institutional and organizational power should be distributed unequally, and the decisions of the power holders should be challenged or accepted. Understand and respect their modus operandi and adapt your practices accordingly.

China, for an example, is said to be a collectivist nation. Chinese are stereotyped to be more socially interdependent, cooperative, and obedient. These characteristics manifest itself in the workplace, as the Chinese value hierarchy and chain of command; without which leads to confusion and disorientation. Do not challenge the authority of your guest in front of their subordinate as it creates an uncomfortable situation for all in the room. Your Asian guest might feel threatened, and this may impact your potential business deals.  Rumors fly fast and before you know it, the damage is done.

Ethnocentrism, as defined by William Sumner is “the view of things in which one’s own group is the center of everything, and all others are scaled and rated with reference to it.” Using one’s own culture to evaluate the actions of others at work could hinder your experience. Lower your expectations, take in the experience and go with the flow.

For example, do not expect Singaporean efficiency to be the order of the day in Spain. Spaniards are known for their much-treasured siesta in the afternoon hours. Instead of complaining about the inefficiencies, learn to accept and deal with it.  Find other ways to use your time productively.

Make assumptions and you will make enemies

Our five senses are important to who we are because they help us tune in and learn about everything around us. Case in point, we often hear our peers and others stereotyping people and boxing them up under labels that are different from ours (and usually not in a good way). The next time you visit a foreign country, don’t pack your prejudice and take your your baggage with you.

Examples of stereotypes: the French are racists, Germans are rude, Indians smell of coconut oil! Stop, and take a step back. What you may perceive to be offensive, may simply just be their own  way of communicating – loud and with big hand gestures.

Our future is built on the words we exchange today

If you’re frustrated at something or with someone, refrain from spouting racial slurs. Treat others how you would want to be treated. It is never a one-way street. Just as much as you are adapting to the unfamiliar environment, so too is your host.

Last word:  With increased globalization in everything we do, it is essential to establish and maintain effective cross-cultural communications. Workplace diversity can clearly create more opportunities than challenges. The key to success is understanding and accepting the differences in a multicultural environment, and using them to enhance the way we analyse situations and make decisions.