Living under the spotlight of professional sports means a crisis can result from the mere accusation of wrongdoing and snowball under public scrutiny.

The 2000 Olympics was infamous for the Marion Jones doping scandal. It cast a shadow on the American athlete but also impacted other honest performances. There should have been a more effective system in place to deal with these performance enhancing, over-ambitious athletes.

Twelve years on, the London Olympics 2012 has proven to be no different.  Among the gold medals, tears and record-breaking moments, the Games was still tainted by scandal. From doping, to racist tweets, to badminton players intentionally throwing a match, the 2012 Olympics attracted its fair share.

Greek triple-jumper Paraskevi “Voula” Papachristou was expelled from her country’s Olympic team for a Tweet perceived as racist.  Eight badminton players were kicked out the games, accused of “not using one’s best efforts to win” and “conducting oneself in a manner that is clearly abusive or detrimental to the sport.”  And young swimmers from China and USA were subject to doping insinuations just for winning gold. 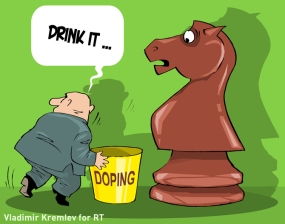 When it comes to sport, no professional athlete is immune to the need for crisis communications planning. Point of reference? Tiger Woods springs to mind almost immediately!  No matter how perfect everything may seem on the surface, our celebrity-obsessed public is always looking for news (good or bad), and the media is only too happy to oblige. Scandal always makes front-page news – well most of the time!.

When crisis hits an athlete, his world is turned upside down and there little time to waste.   Living in 24-hour news cycle age can only mean one thing – danger!  A crisis can snowball into a full-blown scandal, ruin careers and result in loss of sponsorship dollars overnight. When it happens, the athlete needs to be sure that he has a team in place that’s capable of moving fast enough to take control of the situation.  And who’re the people who should make up the team?   The agent, lawyer and strategic PR professionals, among others (coach, team manager) should all get on board and collectively work together to diffuse the situation and limit the damage.

The agent is usually the first “port of call.”  He is responsible for galvanizing the troops to start damage control immediately and protect his client’s interests.  The lawyer will assess the legal implications, and the PR professional and his team will get the athlete ready to face the media.

Preparing the athlete to face the cameras, developing his message, laying out a strategy for communicating with the media, the fans and sponsors, and giving the athlete the confidence he needs to do it all effectively is where the strategic communications team delivers the goods.

While you’d like to think some athletes are an exception, it is important to bear in mind that every professional athlete needs a crisis plan.   While it takes the dream team to determine the plan of attack, it is the responsibility of the PR team to ensure there is a clear procedure and protocol in place to deal with any crisis – on the track or off the track.

Here is a step-by-step guide on how to prepare an athlete for crisis before it hits.

Anticipate and Assess: In order to anticipate issues that may arise down the road, you have to know what you’re working with.  And while your clients may not want reveal everything’s that’s inside their closet, it’s critical to help them understand that the team should know about anything that could come back to haunt them.  This way, the team will never be caught off guard and can respond better if crisis hits.

Create an Action Plan: While you may not always be able to anticipate a specific crisis, you can clearly define what the procedures and protocol will be if and when a situation arises: the lines of communication must be clear; you need to determine who the designated spokespersons(s) will be; how you will communicate with the media (i.e. press release, press conference, which media outlet(s) will get the story first, etc).

Relationship Matters. Working with your client to build relationships with the media, the public, and their fan base from the get-go will help tremendously when reputation or sponsorship damaging issues confront an athlete. People tend to be more compassionate and forgiving when the person in question is someone they like or in the media’s case, someone they’ve built a working relationship with.

In this 24-hour news cycle we live in, and with the viral power of social media, response time is critical. This is when the pre-planned procedures and protocol come into effect. If it’s been clearly outlined, the athlete knows exactly who to call when crisis occurs, and with his team in place, he is ready to go.

Take Responsibility: The athlete needs to own up to his responsibility, be accountable for his actions and be sincere. The message must be consistent, and he must come across as being human, believable and real.

Be Direct: Don’t try and “spin” the story – it can get out of control.  And the public is not that naïve and certainly not easily manipulated.  So stick to the story, and don’t say more than what you need to.

Be Honest: Encourage your client to be as honest as possible – no matter how painful. He will have a much better chance of getting the public and sponsors to stand by him.

Sometimes less is more, especially in a crisis situation. Once the athlete has acknowledged the crisis, taken responsibility for his or her actions, and thanked fans for their support, it’s time to move on. It’s important not to dwell on the subject and get back to talking about what’s important to their fans  – the game, their family, their charitable initiatives or an upcoming event.  Move on and the fans will too.